Ask The Lawyer By: Daniel A. Gwinn, Esq, Is our Realtor Breaking the Law?

QUESTION:  I have been looking for a new house, and have a pretty high budget. Recently, a realtor showed me and my husband around a very nice neighborhood with many homes in my price range, but as we were driving around, she kept stressing that the neighborhood is “family-oriented,” “very traditional,” and has “old-fashioned values” She pointed out at least seven churches, supposedly for their historical significance. My husband and I are gay. While my husband and I believe we are family oriented, traditional and have a lot of old-fashioned values (like the importance of marriage and fidelity), we felt she was trying to deter us from buying in the neighborhood. Isn’t that illegal?

ANSWER:     The Fair Housing Act (FHA) makes it illegal to discriminate in the sale or rental of housing “because of race, color, religion, sex, familiar status or national origin.” The practice of “steering” potential buyers who belong to one of these protected categories away from certain neighborhoods based only on their membership in that protected class is also illegal. Realtors cannot decide to limit the homes they show Black buyers, for example, to houses in Black neighborhoods. Nor can they try to steer Hispanic buyers to neighborhoods where Spanish is spoken, or Jewish families to neighborhoods with lots of synagogues or temples. If buyers want to look in a certain neighborhood, it is not up to a realtor to decide they would not be welcome or “fit in well.”

Discrimination in housing against LGBT people is fairly common. In a 2001 study by the Kaiser Family Foundation, 34 percent of the gay and lesbian people surveyed reported that they, or someone they knew, had been discriminated against when trying to buy or rent housing. More recently, researchers conducting a study in Michigan in 2013, observed “behavior bordering on sexual harassment toward testers posing as same sex couples.” A 2017 study by the Urban Institute found that gay men posing as potential tenants were told about fewer units and quoted higher rental fees than straight men.

However, the Department of Justice under the Trump Administration has declined to do provide guidance on the issue. Documents provided by the DOJ state that the term “sex” should be read as referring to “biological gender” only. The DOJ’s position is likely to change in a Biden Administration.

In Michigan, several cities, including Grand Rapids, Ann Arbor, Detroit, Birmingham, Mt. Pleasant and Ferndale, have gone beyond the requirements of the FHA to pass laws that make LGBT discrimination in housing illegal. If the discrimination occurred in an LGBT-friendly city, you may have ways to seek redress.

And, even though the federal law may be uncertain, there is nothing to prevent you from trying to test its limits yourself and reporting your claim of discrimination to the Department of Housing and Urban Development Office of Fair Housing and Equal Opportunity (HUD-FEHO), which enforces the FHA — or even contacting attorney to file a civil lawsuit on your behalf. If the realtor involved as a member of the National Association of Realtors, you can also file a complaint for a violation of the Realtor’s Code of Ethics.

Companies or individuals determined by HUD to have violated fair housing laws may be fined, asked to pay damages, and pay any reasonable attorney’s fees incurred, among other remedies. 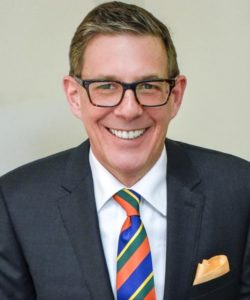