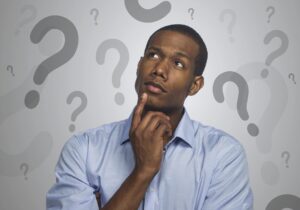 WHAT’S THE STORY ON THE MINIMUM WAGE?

QUESTION: I own a small business; we make a profit every year, but only by keeping to a tight budget. Several of my employees receive $10.50 an hour – more than the minimum wage, and full-time employees get 40 hours of paid time of each year. I hear that some court decision just raised the minimum wage to $12 and requires sick time on top of paid time off. That is going to hurt my bottom line. What’s the story?

ANSWER: A judge on Michigan’s Court of Claims ruled on July last month that the legislature violated the Constitution when it adopted and then substantially amended two laws presented as citizen initiatives. The judge’s decision – which is being appealed – could result in a jump in the minimum wage and, for many employers, an increase in the number of hours of paid time off provided to workers.

But that decision is on hold. On July 29, Court of Claims Judge Douglas Shapiro gave the state’s employers until February 19, 2023 to comply with the reinstated laws.

In his Order postponing the effective date of his earlier ruling, the judge also denied a request from the state to delay any change in the current law until after an appeal to the Michigan Court of Appeals has been resolved. The judge reasoned that a stay pending a decision on the state’s appeal was not necessary because: (1) The state was “not likely to prevail on the merits.” (2) The effect of his July 19 ruling would have a “neutral” impact on the public interest since the new requirements would benefit much of the population (employees) while “also imposing new demands on other segments of the population,” i.e. employers.

In his earlier ruling, Judge Shapiro found that the Legislature had violated Michigan’s Constitution in when it adopted two citizen initiatives, as written, in September 2018, then substantially amended both laws just three months later. The judge called the procedure “legislative sleight-of-hand,” designed to ensure the two popular initiatives would not appear on the ballot for the November 2018 elections. If voters had approved the proposals, a legislative supermajority would have been needed to amend them, instead of the simple majority that revised both laws in December 2018 to make them more friendly to employers. The remedy for this legislative overreach, the judge reasoned, was to reinstate the laws as adopted, before their amendment.

Unless the Judge Shapiro’s ruling is reversed or modified, the minimum wage – now set at $9.87 per hour – will rise to $12 per hour in February. In addition, employers with at least one employee will have to provide their workers with one hour of sick time for every 30 hours worked. Employees at businesses with at least 10 workers could receive up to 72 hours of paid sick time, while workers at smaller establishments could receive a maximum of 40 hours paid sick time, and an additional 32 hours of unpaid sick time. A detailed comparison of the laws before and after amendment is available on our website. Click on articles below:

Gwinn Legal will be following the case as it moves through the Courts. You can check our website, www.gwinnlegal.com,   for updates.